4.5 billion data record globally in the first half of 2018

4.5 billion data record globally in the first half of 2018

4.5 billion data record globally in the first half of 2018 Gemalto, the world leader in digital security, released the latest results from the Breakthrough Level Index, a global database of public data breaches, revealing 945 infringing data that resulted in 4.5 billion data records In the first half of 2018, the number of lost, stolen or stolen records rose by a staggering 133 percent compared to the same period in 2017, although the total number of violations declined slightly over the same period, indicating an increase in risk Every incident.

Two data-leakage incidents were reported in the United Arab Emirates resulting in more than 14 million leaks, while TRA reported a total of 274 cyber attacks in the first seven months of 2018 targeting government, semi-government and private institutions.

The Gemalto penetration level indicator shows that the frequency and scale of security incidents are increasing, and the penetration level index is a global database that monitors and measures the severity of digital attacks from various dimensions, including the number, type, source of the breach, Whether or not that data is encrypted.

The index provides a detailed comparison of these violations to distinguish between moderate and severe cases, and according to the level of breakthroughs, about 15 billion data records have been violated since 2013, hen the index began measuring data breaches that were publicly disclosed, and during the first six months From 2018, more than 25 million records were breached every day, or 291 records per second, including medical data, credit cards and/or financial statements or personally identifying information.

This is a matter of concern, with only one percent of stolen, lost or hacked data records protected by encryption to make information useless, a drop of 1.5 percent compared to the first six months of 2017.

Malicious external threats caused the greatest number of data breaches (56 percent), a slight decline of about 7 percent in the second half of 2017, accounting for more than 80 percent of all stolen, hacked or lost records. Incidental loss of data was more than 879 million (9 percent) of records lost during this half, the second most common cause of data violations, accounting for more than a third of incidents. The number of records and incidents involved in malicious internal attacks decreased by 50 percent this half compared to the same period of 2017.

Identity theft continues to be the main type of data breaches since Gemalto began tracking data breaches in 2013, while the number of identity theft incidents rose by 13 percent in the second half of 2017 to just over 64 The number of stolen records through these incidents rose by 539 percent, accounting for more than 87 percent of all stolen records. 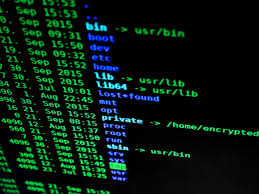 Sectors most affected by data breaches

The healthcare sector continues to lead the number of accidents (27%), and the biggest incident of this type is the 211LA County incident, with 3.5 million records of penetration through accidental loss. Social media ranks first in the number of records broken (56 percent) because of Facebook and Twitter customers’ high profile data, which include $ 2.2 billion and 336 million respectively.